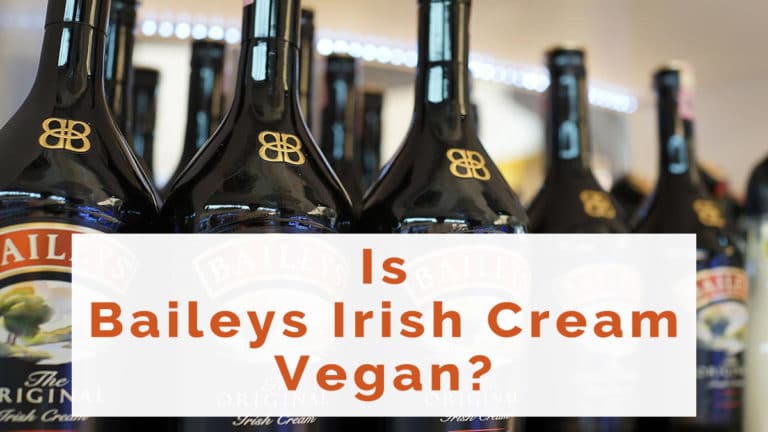 The original Baileys Irish Cream is not vegan because it contains cream derived from dairy. However, there is a vegan alternative made from almond milk, Baileys Almande.

Turning vegan comes with a host of incredible benefits, including smoother digestion, better blood flow, and a feeling that you positively impact the environment somehow.

However, one of the most challenging aspects of going vegan is the act of giving up a dish or drink that isn’t vegan. And for all you liqueur aficionados out there, figuring out which drinks are vegan can be a confusing process.

Take Baileys Irish Cream, for example, one of the most popular and sought-after liqueurs on the market. Almost anyone who has tried it will agree that it’s one of the tastiest alcohol mixes out there. But is it vegan?

Baileys Irish Cream uses dairy cream as one of its main ingredients, making the drink completely non-vegan. And while Baileys has recently rolled out a vegan version of their drink, most of the bottles on the market are made in the traditional way and aren’t suitable for vegans.

How is Baileys Made?

Initially, David Dand, the Godfather of Baileys, used a kitchen mixer to combine the ingredients. And while the resultant mix was sweet to the palate, both liquids separated a few hours after the drink was bottled.

Then, in 1974, an accident led to Dand adding vanilla, chocolate, and burnt sugar to the mix. These new ingredients helped hold the mixture together without separating, and Baileys Irish Cream was born.

Today, Baileys is made using dairy cream and triple distilled whiskey. Baileys’s annual production requires almost 220 million liters of milk produced by 38,000 Irish cows who have been bred specifically for this work.

This cream is then combined with whiskey from Ireland’s finest distilleries along with vanilla pods and cocoa beans that give Baileys its distinct chocolate flavor.

The process starts with mixing chocolate nibs with vanilla before adding burnt sugar to sweeten the base. Once this base is ready, the whiskey is added along with the cream resulting in a drink that has a shelf life of almost two years.

The flavor of Baileys Irish Cream is an extremely sought-after taste, and when you’re going vegan, it can be painful to acknowledge that you may never taste the product again.

Luckily, there are recipes to make your own version of a cream liqueur. Here is a recipe that will give you a vegan replica of the delicious Baileys Irish Cream.

While the traditional Baileys Irish Cream recipe isn’t vegan, there are plenty of vegan versions of the same recipe out there. So, in essence, you won’t be giving it up if you decide to go vegan.

And just like this example, every non-vegan recipe out there has a vegan version that you need to find to replace your favorite dishes. For now, get started with the vegan Irish Cream recipe. Cheers.