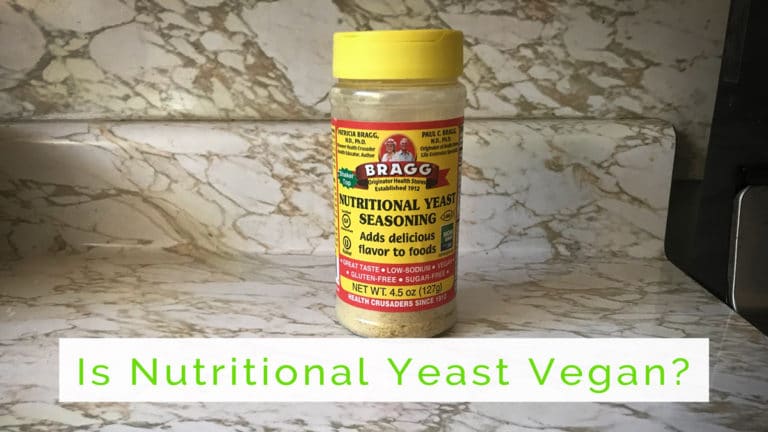 Nutritional yeast is totally vegan. The yeast is primarily obtained from plant-based sources such as sugarcane or beet molasses.

In your journey towards living an all-plant diet, you would have probably come across nutritional yeast, a versatile ingredient that may have been alien to you and non-existent in your pantry before converting to veganism. But now, after eating only plant-based, cruelty-free foods, it is something you see commonly in vegan recipes.

Usually called upon while making mac and cheese or pasta sauce, the vegan version of the recipe calls for nutritional yeast. Nutritional yeast is known for its ability to enhance the cheesy flavor in dishes and heighten your foods with the delectable umami taste. (The word umami is a Japanese word, which is used to describe a pleasant savory and meaty taste. It is the taste found in mushroom and cheese, known as the fifth taste, aside from sweet, salt, sour, and bitter.)

A reminder to those of you who are contemplating baking with nutritional yeast, it is not the same yeast used in bread recipes.

On top of that, the strain of nutritional yeast is different from the strain of baking yeast, hence it can’t be used interchangeably.

Now, how did we come to find this magical ingredient that can make cashew nuts taste like cheese? Has it been used in plant-based diets in other parts of the world or did our ancestors use them in any other way?

What is Nutritional Yeast?

Nutritional yeast is a single-celled organism. The yeast strain, Saccharomyces cerevisiae, grows on cane sugar, molasses, wood pulp, or other sugary media. After the yeast is harvested, it’s washed, then dried with heat to deactivate the yeast. This will stop the yeast from growing, thus removing the rising ability.

So for those of you who are wondering, yes, nutritional yeast is vegan because it’s a form of fungi — which is not animal. It is plant-based, just like mushrooms. In fact, it is also consumed as a supplement due to its high nutritional value and is suitable for vegetarians.

Nutritional yeast is sometimes confused with brewer’s yeast. The strain of yeast is the same (Saccharomyces cerevisiae), but it is grown differently. It’s grown on hops (a by-product of beer) and tastes quite different from nutritional yeast — it tastes bitter.

The Origins and Evolution of Nutritional Yeast

The use of yeast in food preparation dates back to the Egyptian times — although the exact type of yeast is unknown.

Nutritional yeast, mainly brewer’s yeast, came to be talked about in 1916. Atherton Seidell, a chemist for the now called National Institutes of Health, published the article Brewer’s Yeast — a cheaper alternative to vitamins rich in nutrients and claimed to be able to treat diseases arising from nutritional deficiencies.

Despite this, it was not popular and did not gain much traction until two brothers, Max and Charles Fleischmann, who founded Fleischmann’s Yeast Co. in Ohio, began to sell yeast commercially in the US in the form of pressed yeast cakes. The brothers consulted a physician to study yeast and engaged the prominent New York advertising agency, J. Walter Thompson, to run a marketing campaign.

The successful campaign “Yeast for Health” increased the company’s profits by three folds from 1917 to 1924. People used to consume it as supplements by adding some yeast to their juice or drinking it with water.

In the 1950s, another brand, Red Star, started selling nutritional yeast in the form of bright yellow flakes that we commonly see today. This further boosted its popularity in the 1960s and 70s aided by the rise in the plant-based diet.

Fast forward to today, with the advent of the internet and the vegan community, nutritional yeast is fast gaining its lost fame and popularity again, not just for its flavor but also for its health benefits.

The Benefits of Nutritional Yeast

Nutritional yeast is considered one of the rare vegan ingredients that is not only dairy and gluten-free and packed with nutrients and is very low on sugar, cholesterol, and sodium.

It is rich in B-vitamins (Thiamin, Riboflavin, Niacin, Vitamin B6, Folate), iron, selenium, zinc, manganese, molybdenum, fiber, chromium, and phosphorus. This is why nutritional yeast is leading news for vegans and vegetarians.

Due to its high fiber content, there may be some minor side effects, especially to those who are a bit more sensitive. It may cause bloating and gas, diarrhea, as well as inflammatory bowel. Some people are allergic to yeast and glutamic acid and may react adversely. Do consume a little first to ensure you are not allergic to it or that you are not triggered by its high fiber content or the glutamic acid.

Now you might be wondering, how is this fantastic plant-based food harvested? Well, we know for sure that it does not cause direct harm to any animals. It is a form of fungus, but does harvesting this fungus cause indirect harm to the animals and the environment? Are humans harmed in the making of nutritional yeast, directly or indirectly, or are they any ramifications to the society and nature in producing this flavourful food?

The Harvesting and Production of Nutritional Yeast

Most of the nutritional yeast products that are commercially available and found in most departmental stores are cultured, harvested, and produced in laboratories. The strain of Saccharomyces cerevisiae fungi is grown on sugar cane, purple beet molasses, or sometimes wood pulp. It is then harvested, washed, and dried with heat to produce the nutritional yeast. At this point, most manufacturers tend to enrich their products with vitamin B12.

The yeast is then packaged and sold, ending up in our delicious, cheesy meals. As mentioned earlier, you could combine it with water and taken as a supplement, although we definitely recommend you to enhance your foods instead.

It is worth noting that there are no known reports of the negative effects of nutritional yeast production on animals, the environment, and people.

In a nutshell, nutritional yeast is vegan. It is tasty, gluten-free, packed with nutrients, and is another go-to plant-based protein source. Although it has many positive points, remember to avoid the ones harvested on genetically modified sugar medium and, as with everything, consume in moderation.

Yes, it is vegan.

Is nutritional yeast a good source of B12?

Yes, nutritional yeast is an excellent source of vitamin B12. It often is fortified with it and contains over 100% of the recommended daily intake.