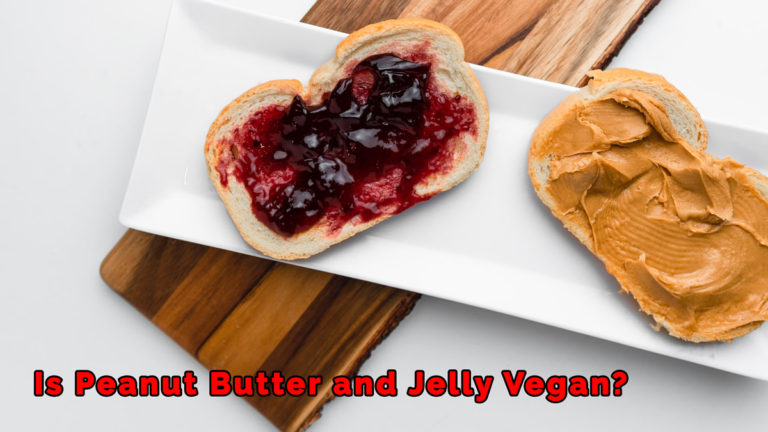 Most peanut butter and jelly sandwiches are vegan. However, you should check the label of the individual ingredients as some food companies use non-vegan ingredients in their bread, peanut butter, and jam.

Being vegan entails an increased awareness of the types of products (both edible and otherwise) that we consume regularly. Our creams, shampoos, groceries, and even leisure products like cigarettes must be inspected to ensure that animals weren’t involved in the process.

Checking ingredient lists, making special requests at restaurants, and being the awkward guest at family dinners are all part of the lifestyle.

However, when you first go vegan, it can be confusing to determine what falls into the category of ethical, cruelty-free products. Certain non-vegan ingredients like lanolin and gelatin are used in many plant-based products, and only by learning the names and the process through which they are derived can we begin to eliminate them from our lives.

Is Peanut Butter and Jelly Vegan?

Three main ingredients make a PB & J sandwich – bread, peanut butter, and jelly. Whether or not the sandwich is vegan depends on each of these individual ingredients.

In most cases, each of these ingredients tends to be vegan, and so by default, most peanut butter and jelly sandwiches are vegan.

However, in some instances, you’ll find variations in each of these components, and it’s essential to check the labels to ensure that the individual ingredient is vegan.

Traditionally, bread is made from yeast, flour, water, and salt, and it’s usually vegan. Unfortunately, some commercially sold bread, especially the ones in supermarkets, use certain non-vegan ingredients in their preparation.

In particular bread, milk is added to the bread in its ‘dough’ stage. This is done to soften the dough and add a slightly sweet flavor. However, if the dough is prepared right, a high degree of softness can be achieved even without the milk.

Sometimes, eggs are added to the dough to act as a leavening agent and make the dough rise. Eggs also contain lecithin, an emulsifier that binds together the solid and liquid ingredients in the bread.

The egg industry is known for its brutal practices of debeaking and killing all female chicks who are incapable of producing eggs. The chickens who are kept alive are locked up in tightly cramped cages without adequate food or water.

They are artificially inseminated to produce nearly 300 eggs a year, whereas chickens lay no more than 12-15 eggs a year in the wild. Once they are incapable of producing eggs, they are sold off to the chicken industry, where their cruel life is put to an abrupt end.

As such, eggs are not vegan, and if you’re using bread made with eggs, your sandwich isn’t vegan either.

Whey protein provides stability and fortifies the bread while reducing the carbs and fats in the dough. Whey is obtained from milk, and certain bread brands use whey in their preparation. Look out for ‘whey’ when deciding on what bread to use for your sandwich.

So if you’re looking for the perfect bread for a PB & J sandwich, make sure it’s free from these ingredients.

Peanut butter is usually made by grinding peanuts, salt, water, and certain oils, so in its purest form, peanut butter is essentially vegan. However, just like bread, certain additives in commercial peanut butter can make it non-vegan.

Certain peanut butter companies use milk in their recipe to add a distinct sweetness. However, milk is not widespread, and most jars of peanut butter are free from this ingredient.

Honey is a popular ingredient used in many commercially produced peanut butter products. And there are more than a few reasons why honey isn’t vegan.

Bees are exploited and duped into carrying out intensive labor to create a beehive so we humans can have a regular supply of honey. This honey is then extracted (stolen) from the bees after their hard work has been exploited.

The honey is essential nutrition for bees, but when we take it from the hive, it is replaced with a sugary syrup that acts as a substitute and keeps the bees satiated for a while.

However, this sugar syrup may taste similar but is entirely void of the essential nutrients that bees require for their survival. Thanks to this lack of nutrition, most commercial bee colonies tend to be malnourished and more prone to natural diseases, causing them to die out quickly.

During the extraction process, bees will try and protect the colony from human invasion. This means stinging the beekeepers, who will be wearing protective suits and are immune to the stings. But a bee’s sting is fatal to the bee itself, and hundreds of them sacrifice themselves, dying in vain to protect their colony from the beekeepers.

So while honey may seem vegan on the surface, honey extraction is a cruel, unethical, and environmentally damaging practice.

As mentioned earlier, certain commercially produced peanut butter use honey in their preparation. However, these are usually marketed as ‘honey-flavored peanut butter, and it’s easy to distinguish them from the regular peanut butter you’ll find on supermarket shelves.

So when making a PB & J sandwich, it’s fairly easy to find vegan peanut butter for your preparation.

Jelly or jam is perhaps the most confusing ingredient in a PB & J sandwich as there’s so much conflicting information out there about how certain jellies are vegan while others aren’t.

For the most part, jelly that’s used as a sandwich spread is usually vegan.

Fruit flavors are obtained by boiling the fruits and fruit peels in water till the juices are released and contained in the water. This water is then strained out to remove the pulp, and a fruit flavor is obtained. This ingredient is used in jellies to imbibe them with a distinct taste and flavor. But artificial fruit flavors are also possible.

Pectin is a starch that occurs naturally and is obtained from the cell walls of fruits and vegetables. It acts as the structural ‘cement’ that holds together cell walls in the jelly. Pectin forms a sort of mesh that traps liquids and cradles pieces of fruit that are often mixed in with certain types of jelly. However, pectin requires acid and water to do its job.

Sugar is vegan in most cases, but there are some discrepancies as some forms of sugar are bleached using bone char, which is a by-product of the meat industry and obtained from slaughterhouses. To be sure that you’re using vegan jelly, consider purchasing jelly that contains the label ‘certified organic’ as you can be sure that the sugar used here is vegan.

Acid is used to help jelly keep its shape in the container while still keeping it fluid enough to be spread easily. In most commercial jellies, the two main ingredients used are tartaric acid and citric acid.

As mentioned earlier, the jelly used in most spreads is completely vegan by default. However, the kind of jelly used in Jello, certain candies, and other kids’ snacks is often made with an ingredient called gelatin. To be safe, keep an eye out for this ingredient in your jelly spreads as well, as certain companies may include it in their recipe.

Gelatin is a popularly-used by-product of the meat and dairy industry. It is obtained by boiling the offal from slaughterhouses, like skin, hair, hooves, horns, and bones. This separates the gel-like substance, which is then used to prepare a variety of different goodies.

So when you’re making a PB & J sandwich, it’s imperative that you inspect the ingredients you’re using to make the sandwich and ensure that they are vegan.

This is only possible if each sandwich component (bread, peanut butter, and jelly) is individually vegan. So be sure to check the labels and ingredients on each of these products when you’re out shopping for your sandwich.

The best thing about PB & J sandwiches is that this food is so versatile and can be prepared in an almost infinite number of ways. You can add certain fruits, deep fry the bread, or even add roasted nuts to your sandwich.

And given the fact that the basic ingredients are vegan, you’ve got an endless combination of ingredients to use while preparing a PB & J sandwich, and it’s fun to try out different combinations of bread, peanut, butter, and jelly to find that perfect recipe.

So what are you waiting for? Get out there and experiment.

Yes, Jif Peanut Butter is vegan except for the honey flavor.

Yes, Kraft Peanut Butter is vegan except for the honey flavor.

Yes, vegetarians can eat peanut butter and jelly as it is free from meat. In fact, most PB & J sandwiches contain no animal ingredients and are vegan.