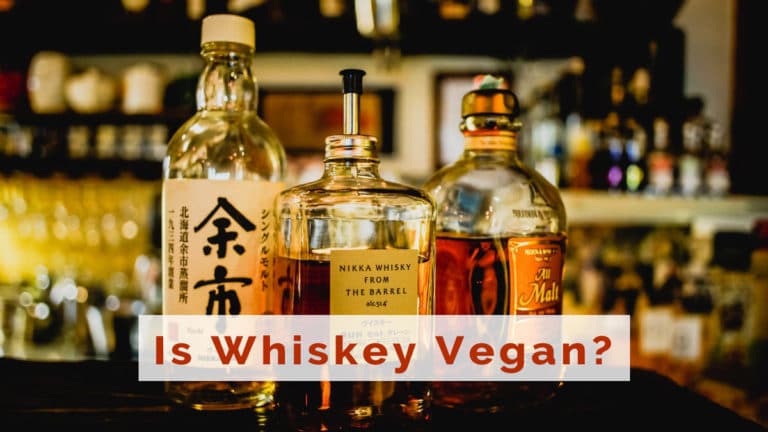 Whiskey is vegan because it contains no animal ingredients, nor were any animal byproducts used in its refinement. Whiskey containing honey or cream is obviously not vegan.

Going vegan is often a life-changing decision. Our preconceptions drop away, we open up to new perspectives, and this can get overwhelming.

But if you manage to do your research when you first make the transition and figure out what to eat and what to watch out for, you will start to make sense of this lifestyle. Reaching out to other vegans for support also helps, and most people are only too eager to help someone make the transition.

And once you get the hang of it, you’d wish you made the switch sooner!

One of the main reasons most people find it difficult to go vegan is because they’re terrified of giving up their favorite foods.

However, in today’s growing vegan world, you’re sure to find vegan substitutes for every possible product. And besides, most food products and ingredients tend to be vegan by default.

Veganism is the practice of abstaining from the use of all animal products in every aspect of life. However, for most people, giving up non-vegan makeup or body lotion is easy to wrap their heads around. The difficulty comes when we talk about diet and what we consume and put into our bodies.

And while alcohol isn’t really part of a regular diet, it’s a substance that many of us consume, at least occasionally. And if you’re vegan, you want to make sure that what you’re drinking is free from animal products.

Unlike some alcoholic products, where the manufacturing process may include animal products as filtering agents or to adding a distinct taste, almost all types of whiskey are entirely vegan.

Of course, depending on the manufacturer and the type of whiskey that they’re selling, some whiskeys may contain additives or ingredients that make them non-vegan.

Some whiskey brands have been using honey in their manufacturing process for years and continue to do so today.

The honey adds a sweeter flavor to the whiskey, helping to tone down the characteristic bitterness.

Some people argue that honey can be obtained organically or through cruelty-free methods.

Even if this were possible, the term veganism denotes abstinence from animal exploitation in any form, not just when the act is cruel.

The fact that we make use of bees’ hard labor as a way to obtain ingredients implies that we are exploiting these insects for our benefit. For this reason alone, honey is non-vegan.

Moreover, it is impossible to obtain honey without harming the bees involved.

Every colony of bees relies on the nutrients from the honey harvested by that colony. Honey provides essential nutrients that act as sustenance for the bees while keeping them strong and healthy. Without honey, the colony will slowly die out.

Beekeepers use a sticky, sugar substitute as a replacement for the honey they extract, in a bid to pacify the bees. This sugary substitute can hardly provide the nutrients that bees receive from honey. As a result, the extraction of honey from a colony leaves the colony malnourished and susceptible to disease and death.

However, cross-breeding over generations leads to a weakened gene pool, resulting in the death of many bees. A weakened colony is also more prone to disease, which can spread to other pollinators and put an entire ecosystem in danger.

Most importantly, bees will try to protect their hard-earned honey even when the beekeepers are collecting it. While doing so, they will defend the colony with their lives. As a result, many bees sacrifice themselves during the extraction process.

And since honey isn’t vegan, whiskey with honey as an additive comes under the list of non-vegan products.

As mentioned earlier, some whiskey manufacturers integrate honey into their manufacturing process. In most cases, the fact that honey was used will be indicated on the back of the bottle.

Cream is another prevalent non-vegan ingredient used while making whiskey. It lends a sweet taste to the whiskey while also acting as a thickening agent.

What is Whiskey Made From?

Whiskey, typically, is a distilled alcoholic beverage made using fermented grain mash. Since time immemorial, whiskey has been stored in wooden casks to accentuate the aging process. This gives whiskey the distinctive brown color and smokey flavor that most whiskey lovers crave.

Scotch whisky is usually made from malted barley, after which the spirit is aged in a cask for at least three years.

Single Malt – Involves malting the barley by putting it in water and spreading it across a malting floor.

Grain Whisky – Scotch grain whisky is usually made from 10%-20% malted barley added to other unmalted cereals like maize or wheat. The starch in the unmalted cereals is converted to fermentable sugars during the cooking process.

Blended Malt – Most Scotch whisky produced is blended and is made by blending a single malt whisky with a grain whisky.

These are the three most common types of Scotch whisky.

Irish whiskey is made in Eire (the Republic of Ireland) and primarily from yeast-fermented grain mash and unmalted cereals.

Like Scotch whisky, Irish whiskey is usually allowed to age for three years before it is deemed ready for consumption.

Irish whiskey tends to have a smoother finish than Scotch whisky.

The world-famous bourbon is a distilled American whiskey, which, unlike other whiskeys, uses corn as an essential part of the manufacturing process.

Bourbon is distilled from a mash of grain, yeast, and water; however, at least 51% of the mash must contain corn to give bourbon its distinct taste and flavor.

In most cases, 70% of the mash is usually corn, and the other cereals like rye and barley are considered flavor grains.

Bourbon tastes much sweeter than either Scotch or Irish whiskey, with a reasonably smooth finish. This spirit is fermented in charred oak casks, giving it a reddish hue and a distinctive smoky flavor.

Tennessee whiskey is distilled in Tennessee in the United States, and it’s made almost the same way as bourbon. The only difference between Tennessee and bourbon is the filtration process used to obtain the whiskey.

Unlike bourbon, Tennessee whiskey is steeped in charcoal chips that help remove impurities before the spirit is poured into casks for aging.

Rye is a type of whiskey made primarily in North America and gives a fruitier, livelier flavor than most other whiskeys. This is why, unlike most fine whiskeys consumed for the taste, rye whiskey is used popularly to make whiskey cocktails.

The mash used to distill this whiskey contains a minimum of 51% rye, with corn and barley usually present as the other ingredients. Rye whiskey is aged in charred oak barrels for almost two years before consumption.

Japanese whiskey is another famous whiskey that has gained a lot more attention in recent years.

Produced in Japan, this whiskey usually uses peated barley that is distilled and aged in wooden casks.

Unlike other popular whiskeys, Japanese whiskey has a distinct dry and smoky flavor.

The best part about all of the most common and premium whiskeys out there is that they happen to be vegan by default.

Few exceptions, like Baileys, which uses a combination of Irish whiskey and dairy, can be found in the market.

But for the most part, unless the whiskey is specifically made non-vegan, there is no ingredient or element in its production process that makes it non-vegan.

If you’re considering veganism and giving up whiskey is a concern, you can rest easy knowing that whiskey is essentially a vegan drink.

Of course, you will still have to avoid cream liqueurs and whiskey where honey is used as an ingredient. But you can still enjoy every other type of whiskey out there and know that you can do so freely, without harming any animal in the process.

Yes, Johnnie Walker whisky is vegan. They currently do not have any non-vegan flavors.

Fireball Cinnamon Whisky is considered non-vegan. Though Fireball doesn’t actively use non-vegan ingredients, some of the ingredients used from third-party vendors have been discovered to contain trace amounts of animal products.